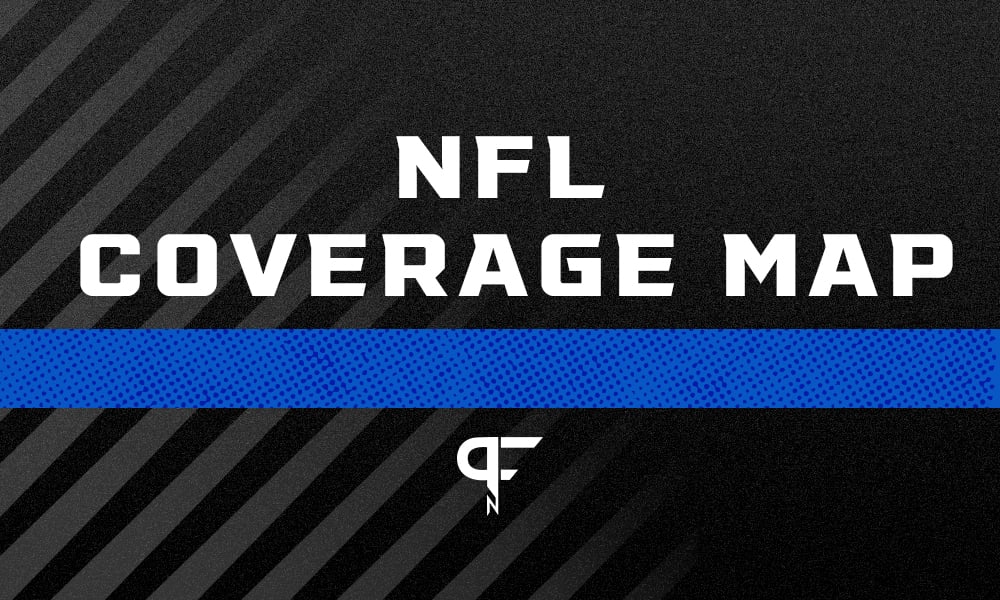 The NFL coverage map is delayed for Week 18. CBS and FOX both will have the doubleheader, as is tradition in the final week of the NFL season. With several NFL playoff scenarios on the line, it’ll be an action-packed Sunday ahead of the playoffs starting next week.

The folks at 506 Sports will provide this week’s NFL TV and coverage map (eventually). The color codes and what games they correspond to will be listed below when the information becomes available.

Listings include FOX, CBS, NFL Network, and prime-time games on NBC and ESPN. These maps are subject to change throughout the week.

**Game times not yet announced by the NFL

As of Wednesday morning, the state of the Buffalo Bills and their contest against the Cincinnati Bengals is still in question. The primary concern for the Bills organization and across the NFL continues to be with Damar Hamlin.

The Steelers have a lot to play for in terms of the playoff picture. They’ll need a lot of help to qualify, but the home crowd in Pittsburgh will surely be loud.

The NFL has yet to release the start time for the Ravens vs. Bengals matchup. Once they do, we’ll update this post.

There are no playoff scenarios at play in the Texans vs. Colts. The Texans, however, have the first overall pick in the 2023 NFL Draft to play for. Regardless of what’s on the line for the franchise, the players will play tough in their final game of the season.

Little is locked up in the NFC as far as seeding goes. While both teams have locked in a spot for the playoffs, the Eagles need to win to avoid losing the NFC East lead and possibly home-field advantage in the playoffs. A lot is at stake in Philadelphia on Sunday.

The NFL has yet to release the start time for the Ravens vs. Bengals matchup. Once they do, we’ll update this post.

It’s been a whirlwind of a season for both the Chargers and Broncos. While Denver has nothing but pride to play for, the Chargers can finish in either the fifth or sixth seed in the AFC.

Ironically enough, both the Jets and Dolphins enter Week 18 on a five-game losing streak. The only difference between the two is one has a playoff spot to fight for, while the other had its playoff dreams shattered last week. If Miami wins their game, they need New England to lose theirs to get in.

Minnesota lost any chance of a first-round bye after traveling to Green Bay. Now, they’ve set their sights on the No. 2 or 3 seed. Going up against a Bears team with nothing to lose, the Vikings have to avoid a two-game skid and find their groove ahead of their Wild Card matchup.

The Buccaneers are guaranteed the four seed in the NFC side of the playoff bracket. They have nothing to gain or lose, so don’t be surprised to see their starters — including Tom Brady — see little action this Sunday.

The Panthers were eliminated on Sunday in a must-win game, while the Saints won theirs. Had the Panthers won this game, it would’ve been for the NFC South division. Still, the Saints need a win and some help to sneak into the playoffs.

This week, the Cowboys could go from the fifth seed to the first. All they need is a lot of luck. Their two primary threats to home-field advantage also play in the late window with the Eagles on CBS and the 49ers on FOX. Expect a wild Sunday afternoon watching the top of the NFC take shape.

The Rams are eliminated, but the Seahawks have a playoff spot on the line. They won’t know their fate until the Sunday Night Football game wraps up, but they and the 12s must finish their job first.

Like the aforementioned Eagles and Cowboys, the 49ers are due for some drama on Sunday in the late window. If they win and the Eagles lose, home-field advantage is theirs.

It’s pretty simple for the first Week 18 game on the slate: Kansas City winning gives them home-field advantage. Las Vegas took one of the top NFC teams down to the wire last week, so the route to comfort will be bumpy.

The AFC South divisional crown is on the line. The Jaguars are 6.5-point favorites as of Wednesday morning. They’ll be able to seal the deal on either ESPN or ABC on Saturday night.

If we’d said the Lions have a shot for the playoffs at the midseason point, you’d have called us crazy. Same goes for the Packers. Now their Week 18 matchup got flexed to Sunday Night Football, and both teams need to win to get in.