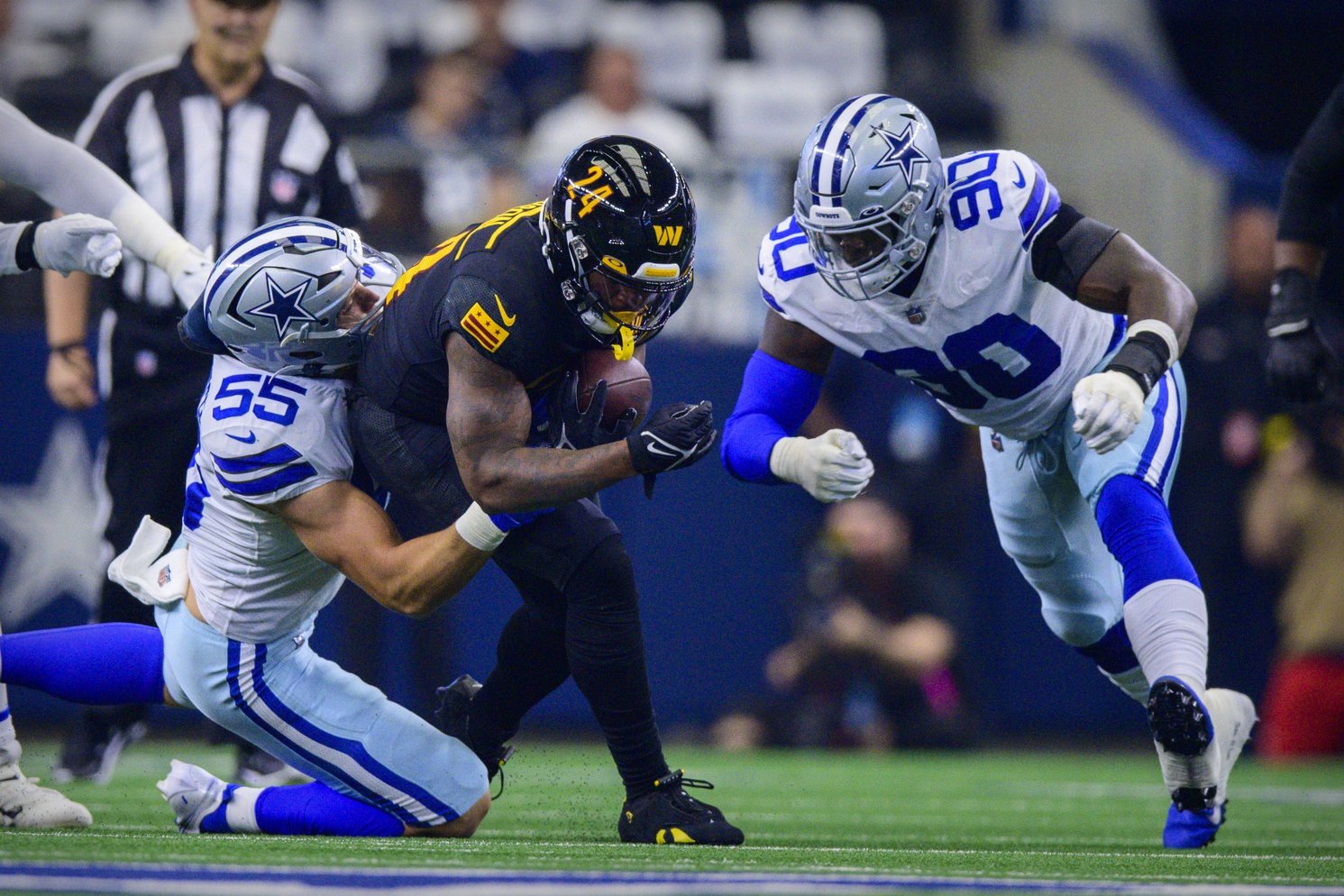 Our Dallas Cowboys vs. Washington Commanders prediction takes a look at the Week 18 matchup that features a strong NFC East rivalry. Let’s dive into the current NFL betting odds, key storylines to watch, and make a prediction for the game. Note that all odds are from DraftKings Sportsbook as of Monday, Jan. 2.

The Cowboys were able to take care of business in Week 17 over a short-handed Titans team and now sit with a 12-4 record on the season. It’s been an impressive campaign for Dallas in 2022, and they now have a chance to put themselves in contention for the No. 1 overall seed in the NFC.

Dallas currently sits one game back from the Philadelphia Eagles, but they split their season series, and the Cowboys hold the second playoff tiebreaker to give them the edge.

Philadelphia and San Francisco both need to lose — along with a Dallas victory — in order for the Cowboys to secure the first-round bye, but it’s within reach. This ensures that Dallas is going to be looking to put away their divisional opponent here in Week 18 and move to 13 wins on the season.

The key for Dallas winning this matchup rests on their run game and getting it back up and moving. Tony Pollard was out for Week 17, and Ezekiel Elliott and Malik Davis struggled to do much against a Titans defense that was missing several key players.

If Pollard can come back and provide a spark for this offense on the ground, we could see the Cowboys easily secure the victory over Washington and put themselves in contention for that coveted No. 1 spot.

As for Washington, they weren’t able to come away with the win in Week 17 against the Cleveland Browns, and now the Commanders have fallen to 7-8-1 on the season and out of playoff contention.

The big question for Washington heading into this matchup against Dallas — and into the offseason — will revolve around the QB position. Despite Carson Wentz’s struggles before his injury in the early part of the season, Ron Rivera chose to plug the veteran QB back in as the starter last week, and it greatly backfired.

Wentz was 16 of 28 passing for just 143 yards with zero touchdowns and three interceptions. Taylor Heinicke had been getting the job done as the starting QB in Wentz’s absence, but he was benched going into the matchup against Cleveland. The Commanders’ season ended abruptly, in large part, because of it.

Now questions loom as to what Washington will do to address the sport’s most important position yet again. After trading for Wentz this past offseason, Washington finds themselves in the QB market again heading into 2023, and they’ll look to try to solve a position that has plagued them for years now.

We could see an entirely different offense on the field the next time we see Washington after this matchup against their division rival.