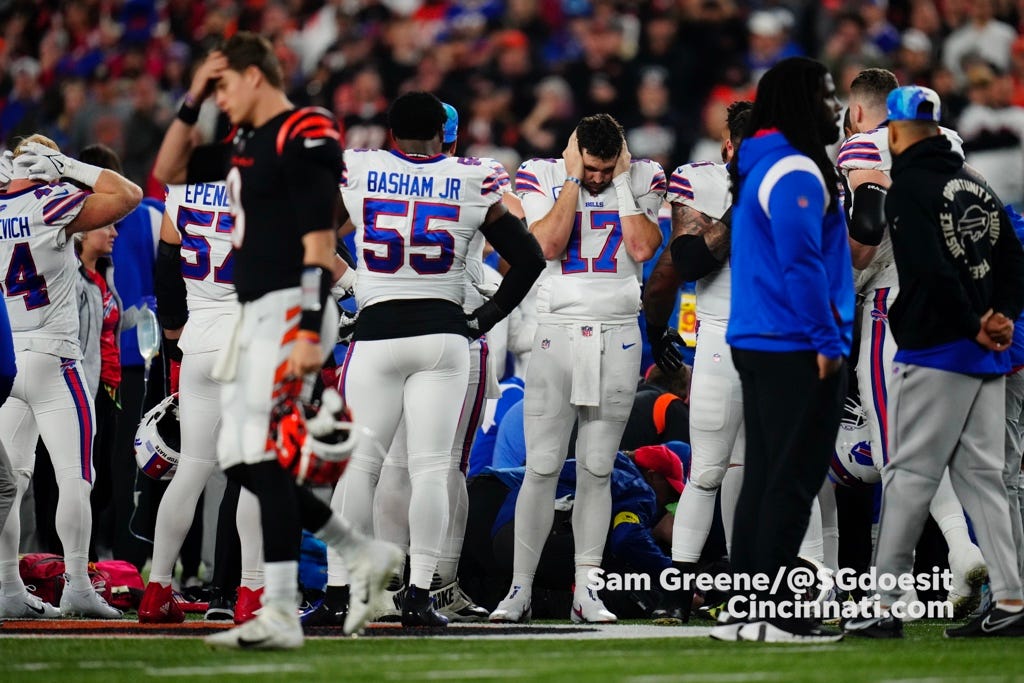 Buffalo Bills safety Damar Hamlin needed emergency care after collapsing on the field during the first quarter of Monday night’s Bills game against the Cincinnati Bengals.

The frightening, disturbing, and emotional scene played out on national television as Hamlin received CPR before getting boarded onto an ambulance, which drove out to midfield to give him the most immediate care.

After he was taken to the hospital, the NFL decided to suspend the game and sent both teams to the locker room to allow emotional players to collect themselves.

Hamlin, 24, received care near midfield for the better part of 20 minutes before he was loaded onto an ambulance. He was receiving oxygen when he was placed into the emergency vehicle.

Additional details were not immediately available.

The gravity of the situation was immediately clear to Bills teammates after Hamlin went to the ground. He had just tackled Tee Higgins, got to his feet and then immediately collapsed.

Bills players were shown on ESPN weeping over their concern over Hamlin’s condition.

Hamlin is in his second year out of PIttsburgh. He was a sixth-round pick in the 2021 draft and was expected to have a limited role this year. That changed when Micah Hyde suffered a season-ending injury early in the season.

Hamlin was inserted into the starting lineup in Week 3,, and blossomed into an excellent player.