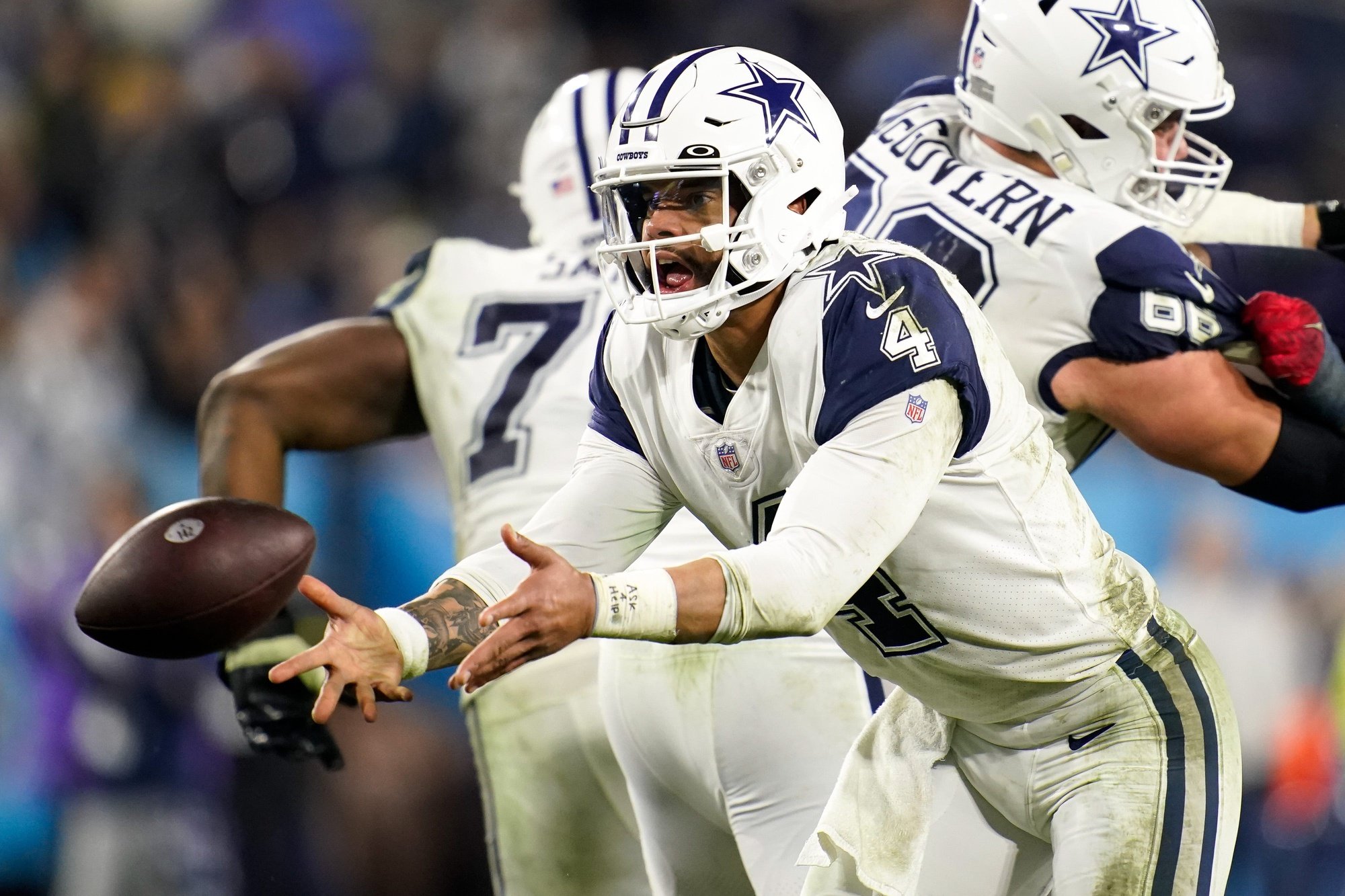 The Dallas Cowboys clinched their playoff ticket in Week 15, but the end of their season has become far more interesting than we originally anticipated. The Philadelphia Eagles have dropped their last two games, giving the Cowboys a chance at not just the NFC East but the NFC as a whole. What are their odds of doing each?

The Cowboys have been locked into a playoff spot for weeks now, and most assumed they’d enter as the fifth seed.

However, Jalen Hurts’ injury, and the Eagles’ subsequent two-game skid, have opened a door of possibilities for Dallas. The Cowboys currently have a 6% chance of winning the division and a 0.7% chance of winning the conference. As the famous Dumb & Dumber saying goes, “So you’re telling me there’s a chance?”

How Does Dallas Do the Impossible?

It will take a lot of help. Aside from pride in spoiling the Eagles’ seeding, the Giants don’t have a reason to play Daniel Jones, Saquon Barkley, and other key contributors against Philadelphia.

For the Cowboys to win the division, they need a win and an Eagles loss. To secure the top seed, they’re going to need some help from unlikely sources. They’ll need the following:

Considering the Giants have nothing to play for, and the 49ers are facing a possible David Blough-led Arizona Cardinals team, “unlikely” seems like an understatement. Still, it’s possible.

Additionally, Dallas would love to have a game that wasn’t clouded by hilariously random turnovers on offense. They’re in much better form than many NFC playoff teams, but the turnovers could be their Achilles heel.

The Cowboys have Washington left on the schedule. The Commanders are no longer in playoff contention after losing last week with Carson Wentz starting. There’s a chance Washington plays Sam Howell, the rookie QB from North Carolina, against a dangerous Cowboys pass rush.

Dallas can finish as the No. 1, 2, or 5 seed in the playoffs. If they secure the top seed, they get a week off and won’t know their opponent in the Divisional Round.

As the No. 2 seed, they’ll face the Lions, Packers, or Seahawks in the Wild Card Round. Cowboys fans shudder at the prospect of facing Aaron Rodgers again, and for good reason. Green Bay has won their last four meetings against Dallas and nine out of the last 10 meetings. Rodgers practically owns them.

Both the Lions and Seahawk’s offensive efficiency can be scary for a Cowboys defense facing injuries at important positions. However, Seattle’s rushing attack isn’t as consistent as Detroit’s.

Seattle has the worst rushing success rate in the NFL, but they do consistently pop off big plays on the ground, which has been an issue for Dallas. Both defenses struggle, but the Lions’ secondary has already felt the wrath of the Cowboys’ passing attack, so Dallas should feel confident in that matchup.

If the Eagles win or Dallas loses in Week 18, the Cowboys will get a rematch against the Tampa Bay Buccaneers in Tampa, where they were embarrassed in Week 1.