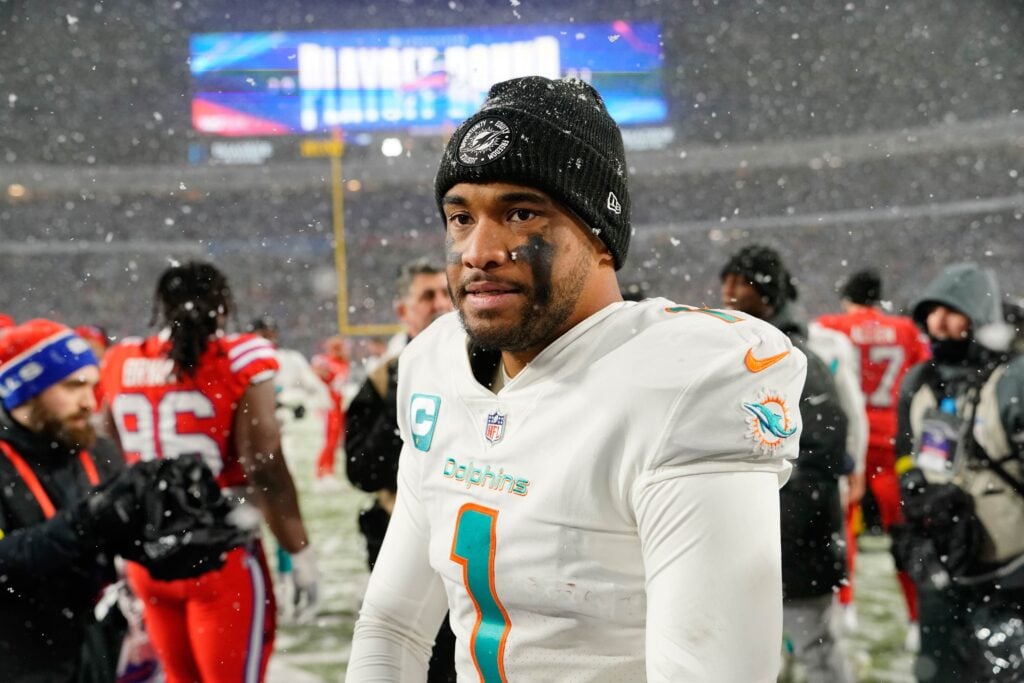 Few, if any, outside of South Florida give the Miami Dolphins a chance Sunday. The Buffalo Bills are the biggest favorites of the week, with double-digit point spreads on most books.

But those lines might need revision. Because there’s a chance Tua Tagovailoa — who has two diagnosed concussions in three months — is cleared to play and starts in the Dolphins’ first playoff game since 2016.

That suggests that the Dolphins are holding out hope that Tagovailoa receives the necessary clearance to play for the first time since Christmas Day.

But hope and reality are two very different things, and just because Tagovailoa is feeling better doesn’t mean he’s ready to return to play.

Stage 3 is football-specific exercise, and if Tagovailoa has reached this point of the protocol, he’s on the verge of being allowed to engage in club-based non-contact training drills.

That’s when quarterbacks are allowed to start throwing — and for Tagovailoa, that day could come as soon as Wednesday.

Barring any setbacks — and Tagovailoa has not experienced any of those, McDaniel said — all that would remain is full football activity clearance. In other words, a game. And to put a finer point on it, a playoff game.

The Dolphins play one of those in six days. If that game were in three days, Tagovailoa wouldn’t have a chance to play. But the timeline does set up in a way that his return to action Wild Card Weekend can at least be considered, if not counted on.

McDaniel told reporters he hopes to have clarity on all of his quarterbacks Wednesday. That includes Bridgewater, who was active but did not play in Miami’s 11-6 win over the Jets after dislocating his pinky finger in Week 17. If Tagovailoa cannot play, it seems like Bridgewater will get the start, with rookie Skylar Thompson — who is also banged up– as the backup.

Whoever the quarterback is will unlikely have the team’s leading rusher at his disposal. Raheem Mostert broke his thumb Sunday and was scheduled for surgery Monday.

However, Jaylen Waddle and Tyreek Hill both appear to be on track to play after suffering minor ankle injuries Sunday.