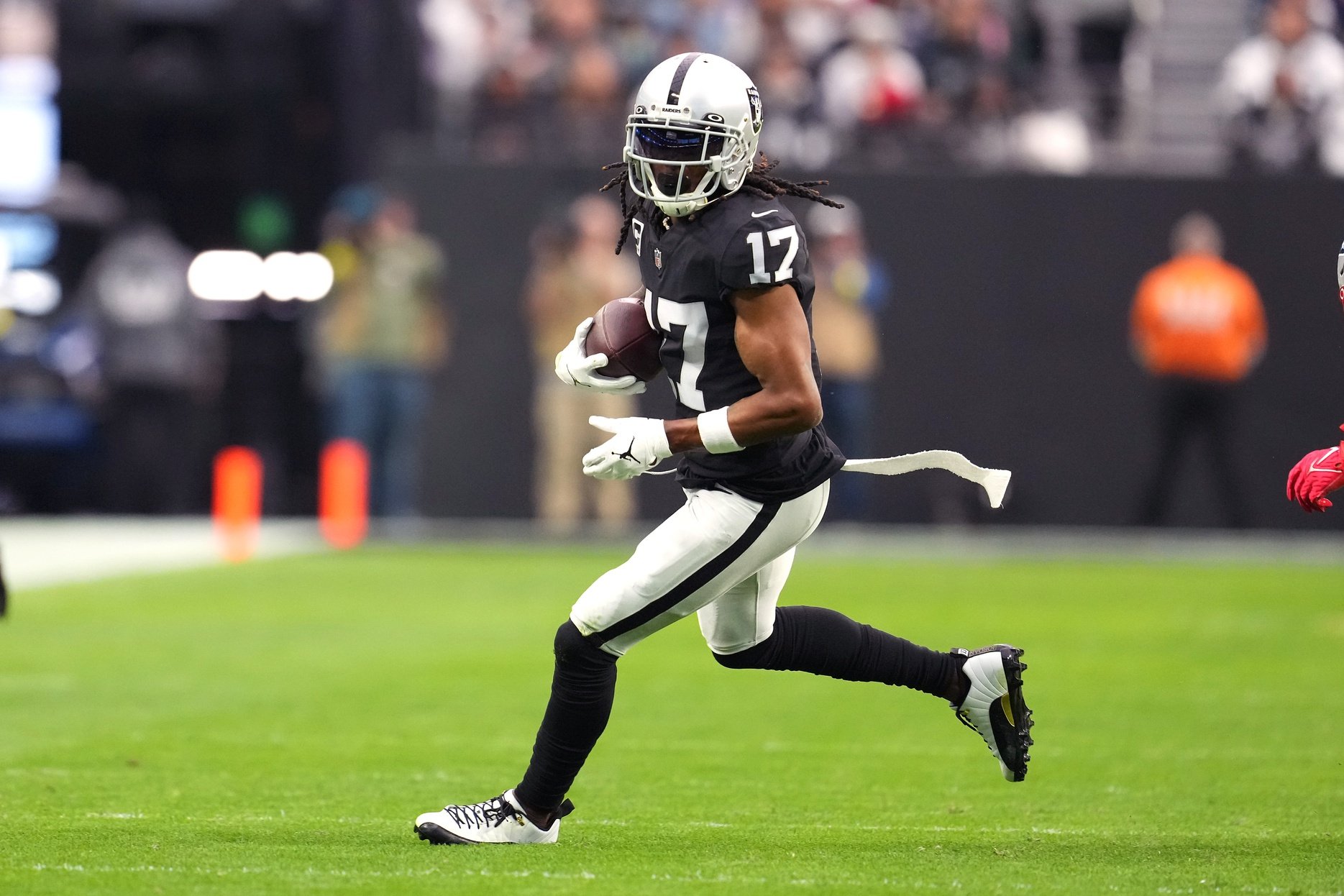 If you’re looking for Pittsburgh Steelers vs. Las Vegas Raiders Saturday Night Football NFL DFS picks in Week 16, you’ve come to the right place. We’ve analyzed each team’s highest-probability game scripts to assess the most likely outcomes, including which players are in line to thrive more than anticipated or fall short of expectations.

The following recommended fantasy football lineup (for tournaments, 50/50, or head-to-head competitions) aims to lock in a relatively high floor while maximizing upside.

Has there been a more emotionally charged NFL game between two sub-.500 teams this year? This decade? This century?

The passing of Franco Harris hovers over this contest. Fifty years ago today, Harris — the Offensive Rookie of the Year — led Pittsburgh to their first playoff victory in its 40-year history. On the famed “Immaculate Reception” on 4th-and-10 with only seconds remaining in the game — against the Raiders — in the first of five consecutive seasons when these rivals met in the postseason.

It is sadly fitting that these two teams are meeting again, this time to determine not who faces the undefeated Dolphins in the AFC title game, but rather who still has a shot at the postseason.

Najee Harris remains volume-heavy and hobbled. Kenny Pickett will return after a concussion sidelined him for Week 15. This team is 27th in the league in scoring. Simply put, they’ve been tough to bet on.

MORE: Raiders vs. Steelers Prediction, Odds, and Picks for Week 16

But the intensity of this game, as well as extreme cold conditions, could make this the fiercest, highest-stakes contest since these teams faced off in the first round of the 1983 playoffs — which coincidentally marked Franco Harris’ final game as a Steeler.

These are the fascinating considerations as we craft our DFS lineup. The past might seem inconsequential, but I believe it’s somewhat predictive. The Steelers have a uniquely rich history, and they are a uniquely celebrated franchise. Their players likely understand this history, and assuredly it will have some impact.

I believe we’ll see Pittsburgh’s two best wideouts step up against one of the most anemic secondaries in the league. The Raiders are fourth-to-last in sacks while yielding the seventh-most passing yards and fourth-highest completion percentage. I expect at least one of Pittsburgh’s RBs to thrive against a defense giving up the most receiving yards to running backs, and tied for the fourth-most RB touchdowns yielded.

In his first 12 games this season, Davante Adams averaged 6.6 receptions for 98 yards and one touchdown. In his last two outings, the all-world receiver has totaled seven catches for 99 yards and zero scores. Simply put, the Rams and Patriots shut him down.

Despite the return of Hunter Renfrow and Darren Waller, the Raiders’ receiving corps isn’t as crowded as it appears to be. Adams remains the aerial centerpiece. Vegas’ worst showing this year — a 24-0 defeat to the Saints — came on a day when a sick Adams secured only one of five targets for three yards. This marked the only time they’ve lost by more than a touchdown.

I’m anticipating the Raiders refocusing on Adams. Sure, easier said than done. But I believe Pittsburgh will have trouble locking him down. The Steelers have surrendered the ninth-most receiving yards, and are tied for the second-most receiving TDs yielded.

Notably, Pittsburgh has faced an array of subpar passing attacks, including three teams (Falcons, Panthers, Raiders) these past three weeks that are in the bottom four in receiving yards per game.

In other words, I don’t see a realistic scenario where Pittsburgh shuts downs the Raiders’ passing game — and first and foremost, Adams. He and the indomitable Josh Jacobs appear to be must-starts in DFS, as both have strong 25+ point potential.

Pittsburgh has been pretty tough against the run, surrendering only 4.1 yards per carry. But they’ve also been unpredictable, giving up 186 combined yards to J.K. Dobbins and Gus Edwards, and then shutting down D’Onta Foreman and Chuba Hubbard (19 combined yards).

One key factor, I believe, is whether their defense can afford to force the opposing QB to win through the air. Against Sam Darnold, the game plan worked. Against a more formidable and dynamic Raiders offense, Pittsburgh probably won’t succeed. Jacobs should remain an offensive focal point and a high-producing asset.

Of course. Aside from Jacobs, presumably, no one in this game can realistically dominate. An 8-120-2 receiving line is doable. Even a 6-80-1 line would make him an automatic bargain.

Diontae Johnson has zero touchdowns and is dealing with turf toe. Yet, he’s the sixth-most targeted WR and did just fine last week despite his injury. Given the Raiders’ vulnerabilities on defense, regardless of the cold weather, I’m comfortable betting on the statistically underperforming Johnson.

What has George Pickens done lately? Not much. But I don’t bet based on last week’s stats. It’s about talent and opportunity. Pickens has both in his favor on Saturday.

A calculated risk. The expensive Najee Harris ($9,600) is averaging only 3.7 yards per carry and has exceeded 14.6 DFS points only once all season. He also has only eight receptions in his last six outings.

But Jaylen Warren has run better (4.6 ypc) and has nine catches in his last six games. He’s more than a competent complement to Harris. In a must-win game, the Steelers might decide Harris’ hip injury and/or relatively poor play requires a more meaningful role for Warren.

We’re using our final $1,400 on Steven Sims, surely evoking surprise among some/many of you. But this is a deliberately top-heavy DFS lineup. As a result, we need to take a chance on a cheap flier.

Sims is Pittsburgh’s de facto No. 3 WR, earning a minimum 35% target share in each of his last six games. While the veteran is incredibly risky, his frequent presence on the field opens the door to a serendipitous big play.

Whatever you decide, good luck tonight.