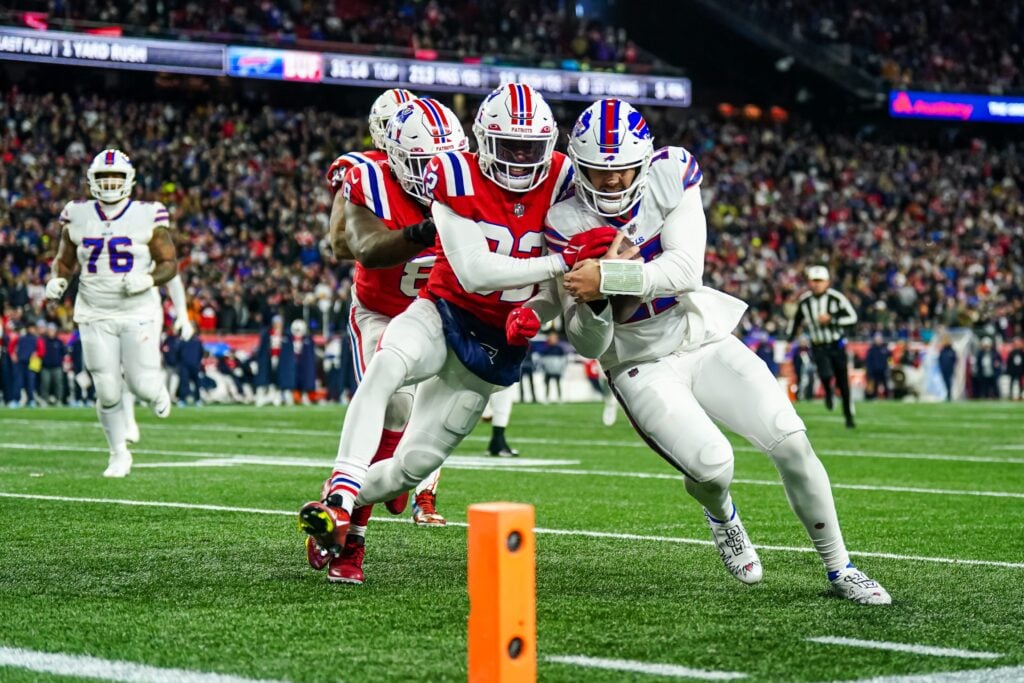 While the Bills have been waiting since Monday night to find out exactly what they need to do this weekend in terms of seeding for the playoffs, the Patriots will have had their eyes firmly on their task all week. Both teams can still shape various parts of their future in this game, making this one of the more intriguing games in Week 18 of the 2022 NFL schedule.

Heading into Week 18, the NFL standings would suggest that New England is in the driver’s seat in the race for the seventh seed in the AFC. When it comes to the easiest path to that seventh seed, the Patriots are the only team that controls its own destiny. If they beat Buffalo, New England will be playing on Wild Card Weekend.

The reason for that is that the Patriots have playoff tiebreakers over both the Dolphins and Steelers. If New England wins, the Dolphins cannot better their overall record and would have a worse division record.

MORE: NFL Week 18 Predictions, Picks Including Lock and Upset of the Week

However, FiveThirtyEight gives the Patriots just a 31% chance to make the playoffs, which is second to the Miami Dolphins. The reason for that is that with the Bills having something to play for themselves, the Patriots are seven-point underdogs this week. Meanwhile, their two main rivals for the seventh seed, the Dolphins and Pittsburgh Steelers, are favorites in their respective matchups.

If the Patriots fail to win, they would need both the Dolphins and Steelers to fail to better their result. With both of them favored, it seems unlikely to be the case that New England can tie or lose and progress, but with both Pittsburgh and Miami favored by less than a field goal, it very much remains up in the air.

Regardless of other results around them, the Bills have everything to play for in Week 18. By winning this week, Buffalo can assure themselves that if they make it to the AFC Championship Game, they will, at worst, get a neutral-site game. That would be the Bills’ second neutral-site game of the year after a home game was moved due to snow a few weeks back.

With the Chiefs winning against the Raiders on Saturday, the Bills cannot earn a first-round bye in Week 18. With their game against the Bengals canceled, the Bills now cannot surpass the Chiefs in terms of winning percentage. However, winning is still crucial as it prevents them from having to travel to Kansas City if those two meet in the AFC Championship Game.

If the Bills fail to win, they hand the Chiefs home-field advantage, as well as the first-round bye. A tie would at least mean they finish as the second seed, with the Bengals unable to match their 12-3-1 record. However, a loss would make them vulnerable to losing the second seed to Cincinnati.

If Buffalo loses and Cincinnati wins, they would be tied in terms of overall record (12-4), conference record (8-4), and record against common opponents (8-4). That would mean we reach the strength of victory level of playoff tiebreakers. With the scenario above, the Bengals would have an unassailable lead in that category. Therefore, a Bills loss and a Bengals win would mean Cincinnati is the No. 2 seed, and Buffalo drops to the third seed.