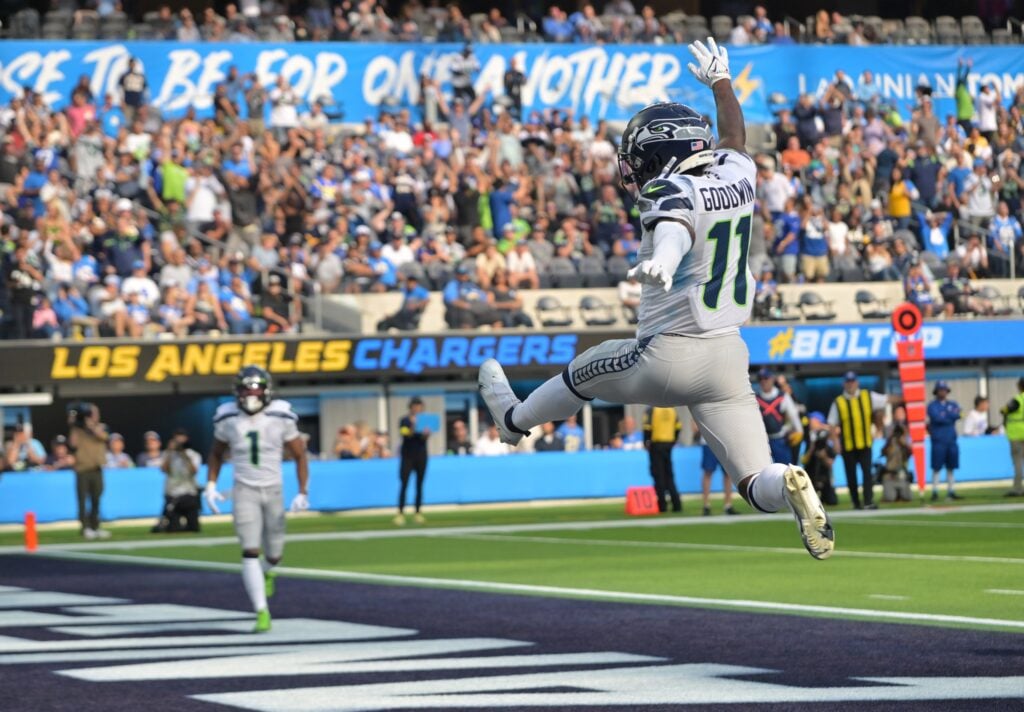 Week 15 of the 2022 fantasy football season is nearly in the books! And it’s time to improve our rosters on the Week 16 waiver wire. Let’s take a look at the top Week 16 waiver wire pickups and targets that fantasy managers should consider adding to their rosters, which include Zack Moss and Marquise Goodwin.

Note: All roster percentages are from Yahoo, and players are listed by position in order of priority.

Sadly, the final week of the fantasy regular season, as well as the first week of the playoffs, were mired with injuries to big-name players. Jonathan Taylor re-aggravated his ankle sprain from earlier in the season, ending his day after just one touch. It was not how I envisioned winning my Taylor total yardage lower on Underdog Fantasy.

Following Taylor’s exit, Zack Moss and Deon Jackson took over. But this wasn’t really a committee. Moss was the clear lead back, out-snapping Jackson 53-25. Jackson did get the short touchdown reception, but Moss was the main guy.

The former Bill handled 24 carries, which he turned into 81 yards. Jackson had 13 carries himself for 55 yards and the lone reception.

Immense positive game script, the likes of which the Colts will never see again, contributed to both backs being able to produce. Going forward, I would expect Moss to be the primary runner, with Jackson more involved on passing downs. That gives both players RB3 value, with Jackson having the higher floor and Moss having the TD upside.

If you need an RB2 or Flex play in the fantasy semifinals, both backs should be startable. I’d be willing to go as high as 30-40% of FAAB on each. That may seem high, but there are only two weeks left.

It was a monster game for Tyler Allgeier against the Saints. He carried the ball 17 times for 139 yards and a touchdown. The rookie played just one fewer snap than Cordarrelle Patterson.

Is this sustainable? Probably not. And if you’re not going to start Allgeier next week against the Ravens (which you shouldn’t), he’s probably not worth adding. But I would be remiss to not mention him.

It’s rare we’re interested in a wide receiver coming off an uninspiring 2-10 outing. Unfortunately, Tyler Lockett broke his finger on Thursday. That elevates Marquise Goodwin into Seattle’s WR2 role for likely the remainder of the fantasy season.

We’ve seen Goodwin post productive fantasy games before. He could be a WR3/4 over the final two weeks of the fantasy season. I would spend 10-15% of my FAAB on him.

In his last nine games, Mack Hollins has scored double-digit fantasy points five times. So, you’ve basically got a 50% chance at a productive day. That’s worth something, especially in deeper leagues.

Hollins caught four of eight targets for 40 yards and a touchdown against the Patriots. He remained the WR2 even with Hunter Renfrow back. You can throw a 5-10% FAAB bid at Hollins if you want.

I’m only including K.J. Osborn here because I have to given his performance. Osborn set career highs in everything. He caught 10 of 16 targets for 157 yards and a touchdown.

Simply put, this is an outlier performance. Osborn amassed 34% of his total receiving yards on the season in this game alone. Do not pick him up.

Non-Travis Kelce tight ends are essentially touchdown or bust. Well, Juwan Johnson sure loves scoring touchdowns. He had two on Sunday, bringing his total on the season to seven.

If you need a tight end, take the shot on Johnson. A matchup against the Browns in Week 16 is far from imposing. A 5-10% FAAB bid should do it.