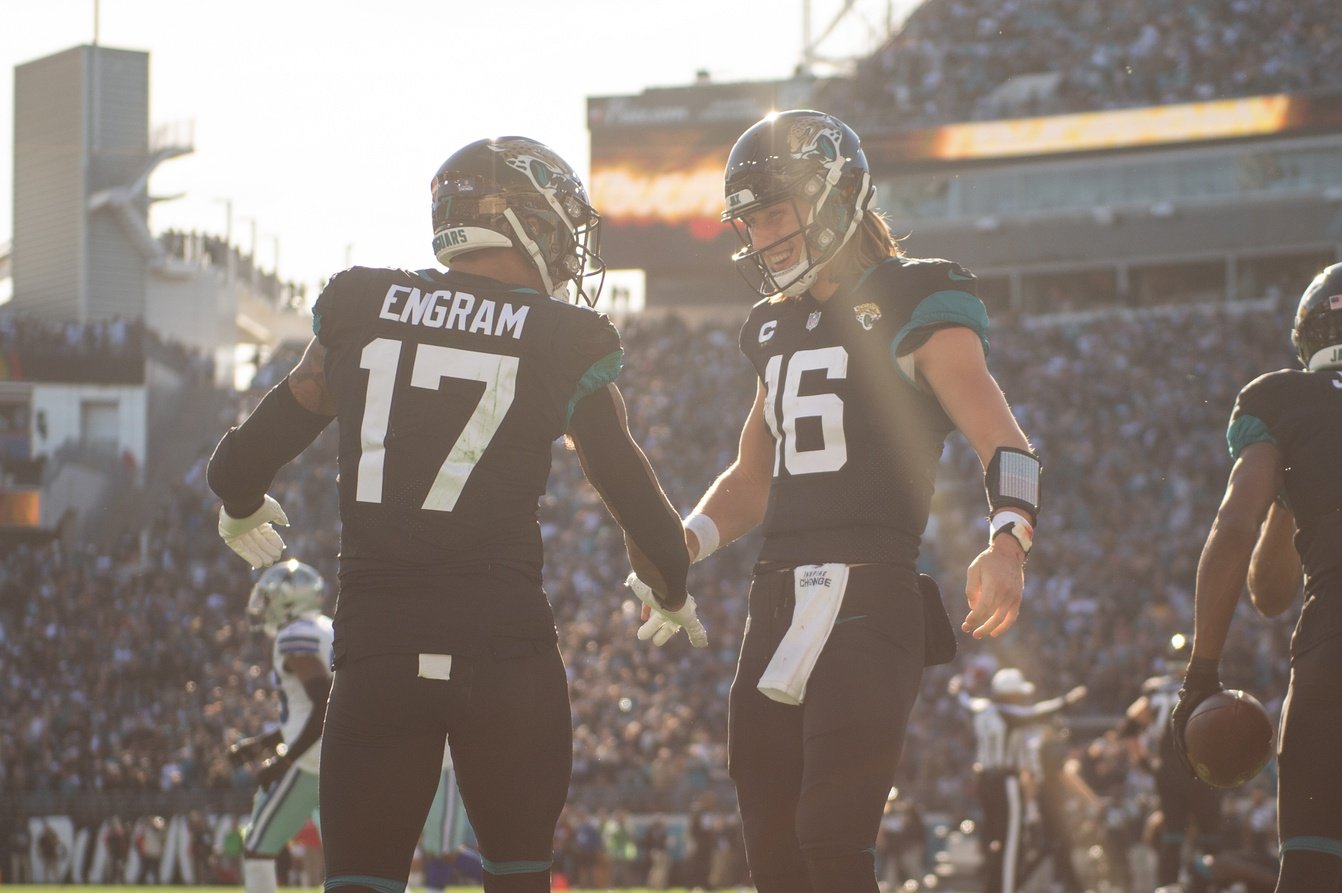 Thursday Night Football tonight presents a matchup between two teams still fighting for playoff spots in the AFC. Although both squads are technically heading in opposite directions, this game will have massive ramifications on what is to come for the remainder of the season. Let’s look at who is playing tonight, what time the game starts, and how you can watch it.

The AFC is still wide open, and both the New York Jets and Jacksonville Jaguars are on the precipice of Wild Card spots. Thursday Night Football tonight will pit these two young squads against each other as they try to continue and compete for a playoff position.

The Jets were once in a much better place, even fighting for the top spot in the AFC East at one point. Unfortunately, they have now lost three straight and are on the outside looking in. After one-score losses to the Minnesota Vikings, Buffalo Bills, and Detroit Lions, New York finds themselves with more questions than answers.

The biggest question mark is surrounding QB1. It has been a rocky road this year for the Jets quarterback position. After struggles and an eventual benching of 2021 second-round pick Zach Wilson, Mike White stepped in and brought a new life to the hapless squad. Unfortunately, White was injured in the team’s loss to the Bills, and Wilson was tasked with trying to win back the starting job.

Although he played admirably, the team still lost. If Wilson really wants to supplant White as the top dog, he will need to get a win. Amidst all of their struggles at QB, the loss of rookie RB Breece Hall, and their offensive line struggling, New York hasn’t been able to score more than 22 points in three straight games.

MORE: Jaguars vs. Jets Prediction, Odds, and Picks for Week 16

On the positive side, rookie WR Garrett Wilson continues to stand out and has amassed 966 receiving yards on the season. In addition to Wilson, the Jets’ defense has been one of the best in the league. The pass defense is amazing, ranking fourth, while the rush defense is 11th. They are limiting opponents to only 18.8 points scored per game, good for fifth in the NFL.

The defense will face quite the test in this matchup as they come up against one of the hottest offenses in the NFL. Trevor Lawrence and the Jaguars have put together impressive wins against good NFL teams like the Dallas Cowboys, Tennessee Titans, and Baltimore Ravens. Lawrence’s impressive play has led to the team having the 10th-best passing offense in the NFL.

The 23-year-old has had more than 300 passing yards in three out of his last four games, including 318 last week against what was once considered an elite Cowboys defense. Lawrence has an impressive 3520 passing yards complemented by a 24:7 TD to INT ratio on the season.

Offseason addition Christian Kirk has been the main beneficiary of Lawrence’s improved play. The 26-year-old WR leads the team with 966 receiving yards. He has helped this Jaguars offense score more than 28 points in all of their last three games.

PFN Betting Director BJ Rudell broke down this matchup in his Week 16 Early Picks and Predictions.

“Two teams still in the playoff hunt. Shockingly, Jacksonville could lose this game, fall to 6-9, and still sneak into the postseason at 8-9. Travis Etienne Jr., Trevor Lawrence, and the Jags’ above-average receiving corps can score buckets against any defense.

And that should include even the Jets, who continue to suffer through limitations at quarterback and the loss of rookie Breece Hall. Yes, Hall > Zonovan Knight. Jacksonville should take this one.”

Want to stream NFL games at home or on the go this season? Check out fuboTV, a streaming platform that provides you with live sports across multiple devices. Additionally, make sure to check out our comprehensive guide on how to live stream NFL games.