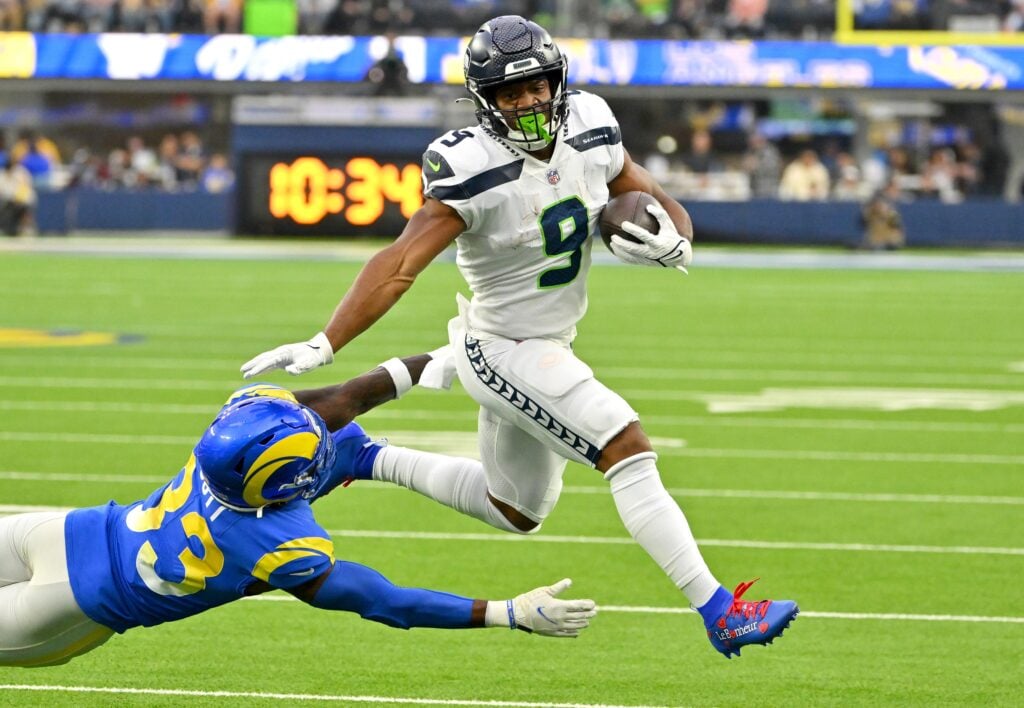 The fact that the RB injury report is light is a relief for many fantasy football managers, with a lot of fantasy championships taking place this week. Among the fantasy-relevant options on the NFL injury report this week, eight have been cleared, two are questionable, and one was ruled out.

Let’s take a look through the latest Week 17 injury updates and examine the fantasy implications. What should fantasy managers expect this week with Kenneth Walker III and Rhamondre Stevenson both questionable? Additionally, let’s take a look at whether these issues can provide value in Underdog Fantasy Best Ball drafts.

After opening the week as a non-participant on Wednesday, Walker managed to get back to practice on a limited basis on Friday. That would lead to him being questionable coming out of the week. After practice, head coach Pete Carroll said he expects Walker to play against the New York Jets and have “fresh legs.”

It’s an interesting situation for Walker and the Seahawks RBs this week. While DeeJay Dallas was cleared, Travis Homer is questionable, which could open up a pass-catching role if Homer is unable to go. That could lead to Walker having more value this week against the Jets, but the matchup is a slight sticking point.

Over the last four weeks, the Jets have allowed an average of 16.2 fantasy points per game to opposing RBs. In that period, the Jets’ defense allowed 24.1, 8.0, 16.9, and 15.8 fantasy points to RBs in half-PPR scoring. Those numbers show that there is room for Walker to have starting-level value this week if he continues to command the majority of the backfield work.

If you are playing on Underdog Fantasy this week, then Walker is a tough player to trust in drafts. He’s only crossed 10 fantasy points once in the last three games, carrying the ball 26 times for 107 yards and adding two receptions for -2 yards against the Kansas City Chiefs. In a reasonably tough matchup, Walker may be an option better left for others to draft, having only crossed the 15 fantasy point mark once since Week 9.

The shape of the New England Patriots backfield has shifted this week. While Stevenson was limited all week once again with an ankle injury and is listed as questionable, Damien Harris was finally cleared after missing a number of weeks.

While the expectation is still that Stevenson will play, the fact he’s still dealing with an injury while Harris has been cleared could change the balance of their touches this week. Generally, when both backs have been available, Stevenson has seen the bigger side of the split. That would likely be the case again this week, but the injury situation could lead it closer to being a 50-50 share.

There is certainly room for Stevenson to have value against the Dolphins’ run defense. Therefore, if you are playing in Underdog Fantasy leagues, he could be an intriguing value, especially if his questionable status leads to a slight devaluation in drafts.