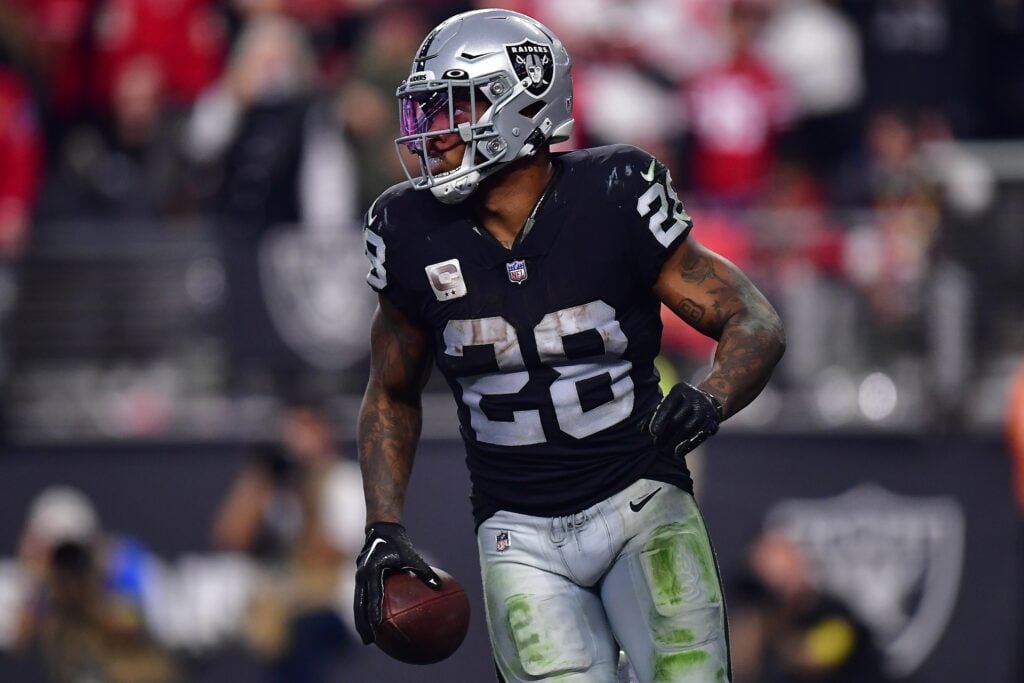 Josh Jacobs’ status for Week 18 is very much up in the air entering Saturday morning. The Las Vegas Raiders RB is questionable after missing two days of practice due to a personal issue this week. However, with the Raiders having nothing to play for in Week 18, will we see Jacobs on the field? Is the NFL rushing yards leader’s work done for the 2022 season, and what does it all mean for fantasy football managers??

We have received no real intent on Jacobs’ status for Week 18 as of 6:30 a.m. ET on Saturday morning. He started the week limited, with both hip and oblique injuries listed on the Raiders’ injury report.

Jacobs’ absence from practice on Wednesday initially raised concerns about his status for this week, but it was described as a personal issue. However, when he did not return Friday and got tagged as questionable, it became unclear whether the personal issue would keep him out for this week.

The Raiders have played this issue fairly close to their chests. Some reports in the past couple of weeks have suggested that the Raiders plan to bring Jacobs back. Before the season, Las Vegas chose not to exercise the fifth-year option of their 2019 first-round pick. That means he’s not under contract for 2023, and an injury in a meaningless Week 18 game could be devastating for his value this offseason.

Jacobs has made the Raiders look a little silly for their decision with his performances this year. He leads the NFL in rushing yards with 1,608 on 323 attempts. He has also added 12 rushing touchdowns and 395 receiving yards on 51 receptions. With 2,003 yards from scrimmage, Jacobs has the chance to finish as both the leader in yards from scrimmage and rushing yards.

The big question for Saturday is what records and history mean for Jacobs. While he has a big lead in both categories, it’s not out of the question that Derrick Henry, Nick Chubb, and Christian McCaffrey could catch him in each this week. Additionally, Jacobs is just 151 yards away from taking the Raiders’ single-season rushing record from Marcus Allen. If those things are important to him, then we could see Jacobs play this week.

Looking to the future, it would make a lot of sense if Jacobs does not suit up unless he signs a contract before the game kicks off. An injury now could significantly reduce his negotiating power. He’s coming off a monster season, with three 1,000-yard single-season rushing performances in his four-year career to this point. It does not get much better for an RB to be negotiating a multi-year deal than that.

If he plays, chances are the plan is for Jacobs to have a reasonable role. It would be odd to see him suit up to take just a handful of touches. Thus, if he is active, Jacobs is a player to put in fantasy lineups this week. The Raiders may mix their rookie RB Zamir White in a little more, but they likely will not want to put unnecessary miles on White’s legs if he is their succession plan to Jacobs.