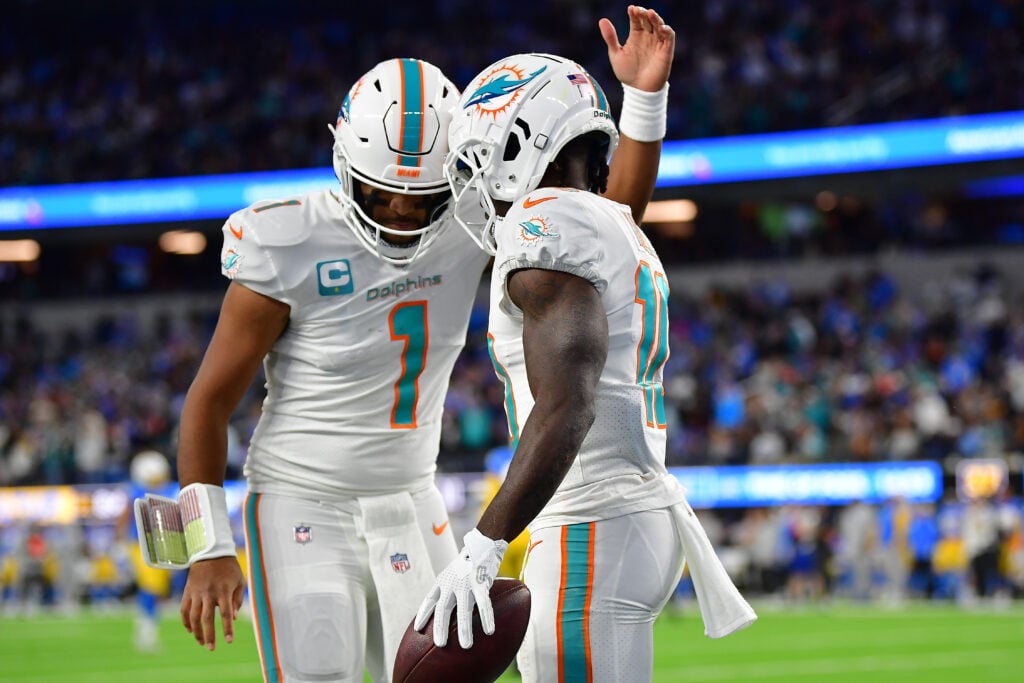 The Miami Dolphins find themselves on a three-game losing streak, falling to the Los Angeles Chargers, San Francisco 49ers, and Buffalo Bills in consecutive weeks. But despite that, they are still squarely in contention for a playoff berth. Let’s take a look at the Dolphins’ playoff chances heading into their Week 16 matchup vs. the Green Bay Packers.

What Are the Miami Dolphins Playoff Chances Entering Week 16?

According to FiveThirtyEight, the Dolphins head into Week 16 with an 83% chance of making the playoffs. If they beat the Packers, that jumps up to 93%, but if they lose, it falls to 67%.

The Dolphins control their own destiny, especially after some key losses by opponents in Week 16. But before we jump into the different scenarios, it’s important to note that the Dolphins do not have a chance of capturing the AFC East Division Title.

The Bills, who sit at 12-3, clinched the division on Saturday due to their win over the Chicago Bears. Thus, Miami is looking for a Wild Card spot.

Can the Dolphins Clinch a Playoff Spot in Week 16?

The Dolphins cannot clinch a playoff spot in Week 16, but here’s what needs to happen in Weeks 16, 17, and 18 for them to secure a place in the postseason tournament.

What Are the Dolphins’ Playoff Chances Based on the Rest of Their Schedule?

The Dolphins have been a different team at home this season, with a 5-1 record compared to 3-5 on the road. That’s good news for a team that has their next two of three games at home — in Week 16 vs. the Packers and in Week 18 vs. the Jets. They’ll travel to Foxborough in Week 17 to take on the Patriots.

On paper, the Packers appear to be the toughest matchup of them all. Going up against a future Hall-of-Fame quarterback and an offense that is showing signs of starting to click will be no easy feat for the Dolphins defense. However, if Miami can widen the lead early, the Packers likely do not have enough consistency on offense to battle back and forth throughout the game.

The Patriots are in shambles, with an offensive coordinator in Matt Patricia who is in over his head, and a quarterback in Mac Jones who is having a whole lot of trouble figuring out the offense. Tua is undefeated against the Patriots as a starter, but it’s still Bill Belichick, and you can never count him out. This might seem like a sure win on paper, but it’s a division rivalry game and on the road.

Miami will look to get revenge in Week 18 against the Jets when they host them at Hard Rock Stadium. QB Mike White will likely be back by then, so the Dolphins won’t get the luxury of teeing off against Zach Wilson. The Jets will very likely be eliminated from the playoffs by that point — and if the Dolphins haven’t clinched a playoff spot by that time — it will prove to be a dangerous game against a team that has nothing to lose.

So, while it’s easy to say win the next three and you’re in, the reality is that it’s a lot harder in a league where anything can happen on any given Sunday.