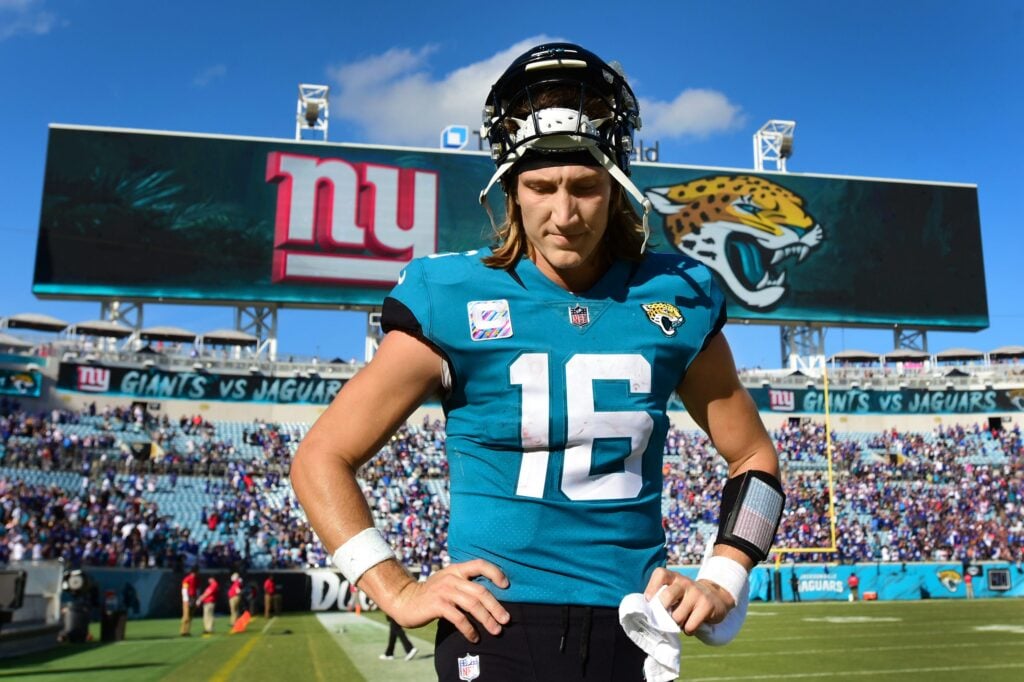 If you’re planning to make NFL prop bets for this pivotal Indianapolis Colts vs. Los Angeles Chargers Week 16 matchup on Monday Night Football, then you’ve come to the right place.

We’ve analyzed the game’s highest-probability scripts to assess the most likely outcomes, including which players are in line to thrive more than anticipated and which could fall short of expectations. All prop bets are based on DraftKings Sportsbook, BetMGM, or FanDuel Sportsbook, where you can get a no-sweat first bet up to $1,000.

These recommended bets assume a final score of roughly 26-16 Chargers. There are two key variables when considering likely outcomes.

First, Nick Foles will start his first game of the season, replacing the finished Matt Ryan. As I wrote last week, a Colts loss in Week 16 would almost certainly send Ryan to the bench, likely permanently (i.e. retirement).

Probably no one believes Foles is the answer in Indianapolis — the heir of the Andrew Luck legacy. But the reality is, like Alexander Hamilton on George Washington’s doorstep, the Colts have nowhere else to turn.

The funny thing is, Foles might actually be a pretty good fit heading into 2023. Maybe this isn’t just a “play-out-the-remaining-schedule” situation. Perhaps head coach Jeff Saturday wants to see if Foles should begin next season as the No. 2, or even as the bridge starter ahead of an incoming rookie QB.

The second key variable concerns Austin Ekeler, who’s averaging a career-low 4.2 yards per carry. For most RBs, that would be fine. But Ekeler has cleared 60 rushing yards only twice all season. Eight times he’s averaged 3.5 yards per carry or less. Through the air, he’s approaching all-time-great status.

But if the Chargers are going to make a deep postseason run, they need to get their ground game functioning at a higher level.

The Chargers’ pass D might seem somewhat decent on paper. They’ve given up the seventh-fewest passing yards and have given up only a middling 21 TD passes.

But consider that opposing teams have averaged the third-fewest pass attempts against them. Most squads understand the key to beating L.A. is on the ground, where they’ve surrendered the second most rushing yards per contest.

The Colts probably won’t have that luxury with Zack Moss and Deon Jackson leading their backfield. Both backs can do damage through the air — particularly Jackson.

I expect the Chargers to score enough to force Foles to throw plenty. With Michael Pittman Jr., Parris Campbell, Alec Pierce, and Jelani Woods offering Foles much better weapons than he’s enjoyed in years, Foles is a solid bet to exceed prop expectations.

A hot-hand backfield in a potentially negative game script? I don’t like Zack Moss’s odds. That doesn’t mean he won’t score (he might). And as mentioned above, he could net a couple of receptions for 15-20 total yards.

But assuming L.A. moves the ball at least somewhat effectively, I believe the Colts will need to pass a lot in the second half. And if Moss gets off to a slow start, we could see a lot more of Jackson. There’s too much risk here regarding rushing volume.

While I’m not ready to invest fully in Jackson, I’m comfortable betting on securing 10+ receiving yards. There’s enough pop to Jackson’s game to keep him relevant, especially with a QB making his first start of the season and accustomed to offloading to aerial-friendly running backs in years past.

Jelani Woods needs only one reception to have a good shot at 20+ yards. The rookie is a legit NFL talent who should have an outsized role in Year 2. For now, I’m comfortable betting on him to catch 2+ passes for 24+ yards.

As alluded to above, I’m not banking on the Chargers’ running game to dominate on the ground. L.A.’s offensive hopes rest largely through the air. That might equate to 6+ receptions for Ekeler. It might include a few huge pass plays to Mike Wiliams, Keenan Allen, and/or Joshua Palmer.

Jelani Woods needs only one reception to have a good shot at 20+ yards. The rookie is a legit NFL talent who should have an outsized role in Year 2. For now, I’m comfortable betting on him to catch 2+ passes for 24+ yards.

You probably know what I’m going to say. Ekeler realistically could gain more receiving yards than rushing yards. His prop lines suggest otherwise. I’m all in on Ekeler through the air versus a defense yielding the fourth most RB receiving yards.