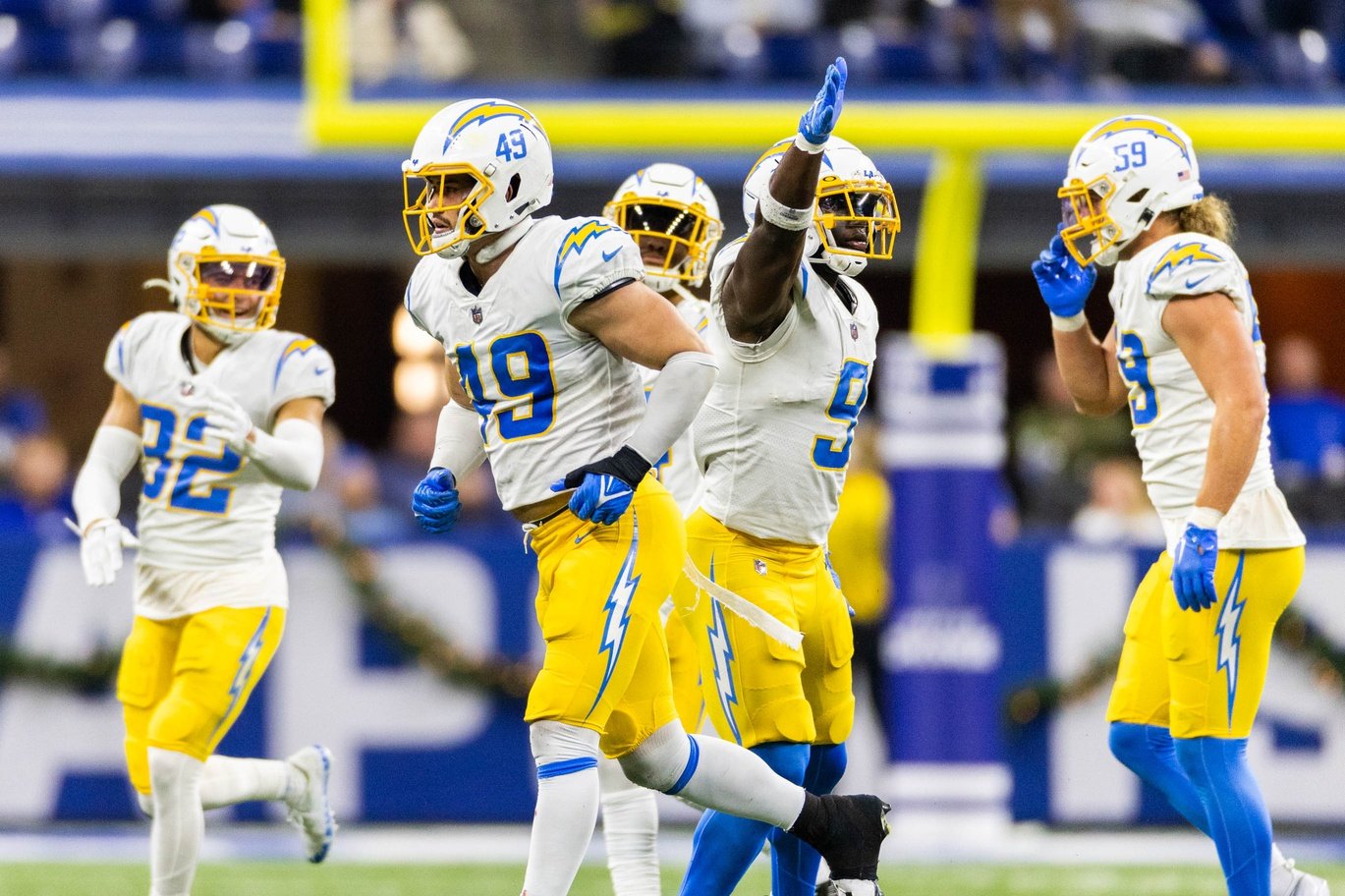 Knowing which defenses to start in fantasy football can be critical to winning your matchups. This position, arguably more so than any other, is matchup-dependent on a weekly basis, and the best results can be obtained by being flexible with a streaming strategy. Here’s a look at our Week 17 fantasy defense rankings and the top options to stream this week.

Week 16 was a difficult one from a streaming perspective due to a lack of high-quality options. This week’s options are far more appealing. If you’ve made it to the fantasy championships, we have options. Here are my top fantasy defense streamers, all of which are rostered in less than 50% of Yahoo leagues.

I know. Baker Mayfield and Cam Akers looked like Joe Burrow and Joe Mixon on Christmas Day against the Broncos. I’d be lying if I said the Rams’ stellar offensive performance didn’t at least give me a little bit of pause in attacking this offense. But it’s still the Rams.

Prior to Sunday afternoon, the Rams were averaging 15.8 points per game without Matthew Stafford. Although they torched the Broncos, they didn’t suddenly become a fearsome offense.

The Chargers are heavy favorites at home and have been playing better defensively as of late. They’ve forced a turnover in 10 of their last 11 games and have six games with multiple sacks. Look for the Rams to come back down to earth in a game the Chargers have to have. It might also be a good spot to fade the Rams on Underdog Fantasy.

The Texans have been playing inspired football over the past month. So, it’s difficult to really pinpoint how strong of a defensive streamer the Jaguars are.

They looked great against the Jets on Thursday night. Of course, the weather was horrible, and they faced Zach Wilson. It doesn’t really get much easier than that.

Davis Mills has somehow taken just one sack over his past three starts. But in the four games prior, he took at least three sacks in every one of them. Mills also has 13 interceptions on the season. I don’t like that the Jaguars are on the road, but I’m not exactly scared of Mills and the Texans.

Jacksonville has scored double-digit fantasy points in three straight. Over that span, they’ve recorded at least three sacks in every game and forced a total of eight turnovers (with at least two in every game). You can certainly do worse.

I am very surprised to see the Steelers projected so low on Yahoo. The only explanation I can think of is Yahoo projectors think Lamar Jackson is returning. But that’s not likely to happen. With the Ravens clinching a playoff spot, they are almost certainly going to rest Jackson for the rest of the regular season.

That gives us another week of Tyler Huntley masquerading as a professional quarterback. It’s truly impressive that the Ravens have won three of their last four with him under center. Baltimore is averaging just 11.5 points per game with Huntley and have scored just two touchdowns in his three starts.

The only problem with streaming the Steelers’ defense is the Ravens are so run-heavy that it limits opportunities for sacks and turnovers. With that said, Huntley has thrown two picks and fumbled three times over his past four games (the offense recovered all three). But Pittsburgh has recorded at least one sack in eight consecutive games, including multiple sacks in three straight.

These teams just met back in Week 14. The Steelers held the Ravens to only 16 points and sacked Huntley twice. If they can just tack on another sack or turnover, it’ll be a passable performance.

I feel like the Patriots are respected a little more than they should be. What I mean by that is I don’t really see many people viewing them as an offense to attack with defensive streamers.

Last week, streaming the Bengals’ defense worked out quite well. The Dolphins aren’t as good defensively, but they are very much on the table as an option.

Even in a loss where Tua Tagovailoa threw three interceptions, doing his defense no favors, the Dolphins sacked Aaron Rodgers twice and intercepted him once. They’ve sacked the opposing QB multiple times in their last seven contests.

When these teams met back in Week 1, the Dolphins held the Patriots to seven points. Mac Jones was sacked twice and picked off once. The Dolphins also recovered two fumbles and scored a defensive touchdown. Half of that is good enough here.

The rankings below are from Senior Fantasy Analyst Tommy Garrett. If you want to ask Tommy or any of our fantasy analysts about defense rankings or streamers for Week 17, then be sure to sign up for the PFN Discord server, where you will have unlimited access to the team throughout the season.

The table is best viewed in landscape on mobile devices and can be sorted using the filters above the table.