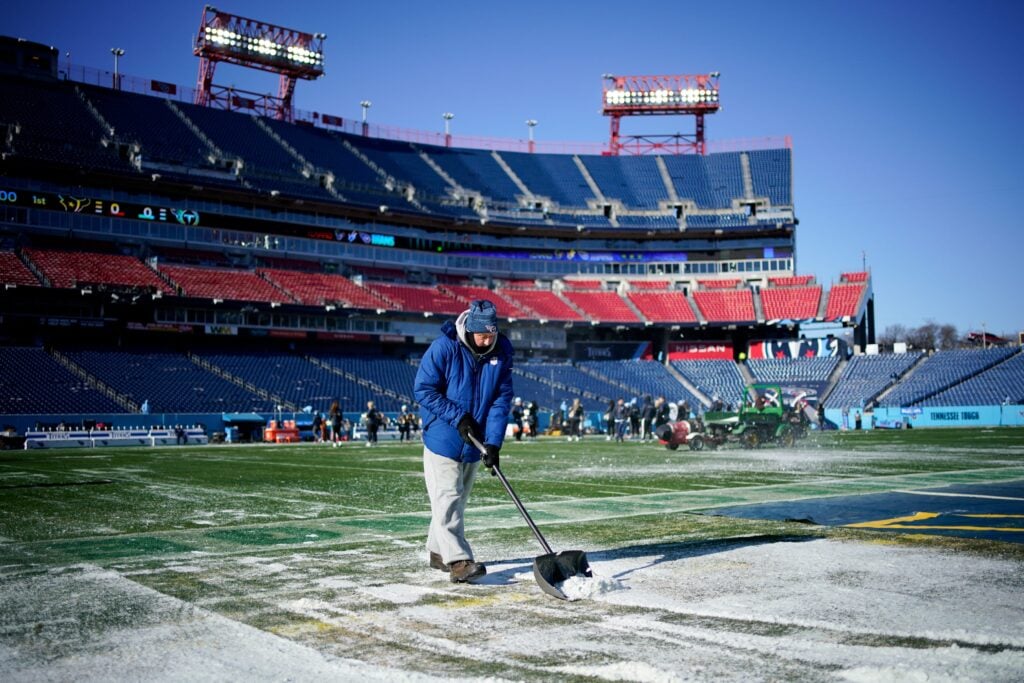 Record colds from Winter Storm Elliott are already impacting NFL Week 16 — and Saturday’s slate of games hasn’t even yet kicked off.

The NFL is pushing back the start of the Texans-Titans game in Nashville as blackouts have rolled through the Tennessee Valley.

“I’ve been informed that TVA’s unilateral rolling blackouts will continue. All non-essential businesses should reduce power usage. I’ve asked the @Titans to postpone their [1 p.m. ET] game in solidarity with our neighbors. TVA needs to invest in infrastructure to withstand extreme temps.”

The NFL ultimately complied, and Mayor Cooper thanked the NFL and the Titans for doing so.

“I appreciate the @Titans delaying kickoff for one hour as @TVAnews commits to immediately ending the rolling blackouts,” Cooper tweeted. “NES continues to work hard to minimize disruption for residents this holiday weekend.”

The bomb cyclone weather pattern has thrown most of the United States into a deep freeze, with wind chills in at least five NFL stadiums expected to hit the single digits — at the highest.

Chicago and Cleveland could feel as chilly as 25 below zero, dangerous cold that brings with a high likelihood of frostbite. The Panthers are expected to have the coldest home kickoff in the franchise’s quarter-century history.

Texans-Titans was one of eight games scheduled to begin at 1 p.m ET. But with temperatures in the teens and winds blowing 10 to 15 mph, huge demand for power has made that impossible.