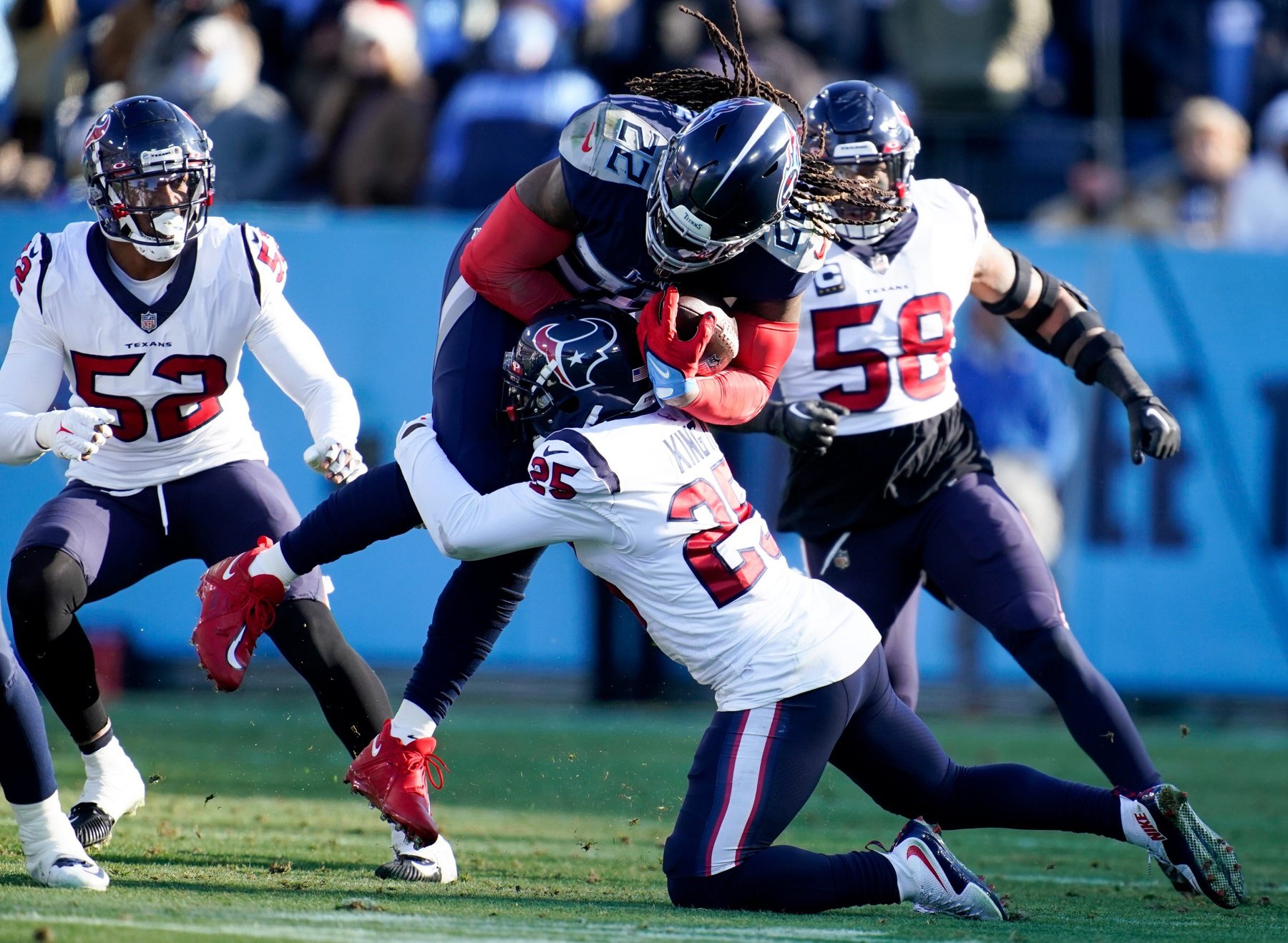 There is a lot for fantasy football managers to consider with Derrick Henry, including an injury situation that needs monitoring going into Thursday. With Henry finding himself on the injury report with a hip issue in Week 17, there is uncertainty over whether (or how much) Henry may play this week against the Dallas Cowboys. Let’s take a look at his latest injury update and the fantasy implications of all the scenarios this week.

What Is Derrick Henry’s Injury Situation in Week 17?

With Henry being listed on the Titans’ injury report due to a hip issue, there are a lot of question marks this week. Tennessee held a walkthrough on Monday, but the estimated practice report had Henry as a non-participant. He joined in at practice when the Titans returned to the field Tuesday, but he was listed as a limited participant.

Henry was available to the media in the locker room on Tuesday and said, “whatever I got to do, whatever for the team, I’m ready to do.” That suggests, from an injury perspective, Henry believes he can suit up. However, there is a potential subtext in the phrasing that if the team feels it is best for him to miss the game, he would do it.

That somewhat echoes what we heard from head coach Mike Vrabel on Monday. With the Titans’ playoff hopes largely hinging on the result of their Week 18 game against the Jacksonville Jaguars, Tennessee may rest some key players on the short week against the Cowboys Thursday.

When asked about it at his media availability, Vrabel said they are taking the “health of the football team into consideration” when it comes to decisions and that they will “try to make the best decision(s) for the team.” We may not find out exactly what the Titans’ plans are until 90 minutes before kickoff when inactives are announced.

That makes it all very tough for fantasy managers. It would be somewhat surprising if Henry were ruled out Wednesday after practicing Tuesday. However, the Titans could play this in several ways. They could rule Henry out on Thursday from an injury perspective — or — simply a rest perspective. Equally, they could make him active and then limit his usage based on the game situation or have him active as nothing more than an emergency option.

This is a brutal situation for fantasy managers in Week 17. If Henry is active, how do you bench one of the best fantasy RBs who can change a fantasy matchup in an instance? Then again, with uncertainty over how much he will play, can you risk him taking a handful of snaps and then sitting out the game? Both are incredibly risky situations this week.

Ultimately, it will come down to who fantasy managers have available to them on their roster and their own gut feeling. Unless we get a real indication from Vrabel what the Titans’ plans are, we are all guessing to some extent.

The decision will come down to this — what would be worse for you personally, trusting Henry if he is active and he plays a handful of snaps with limited fantasy output, or spending all weekend staring at a potential 10-15-point performance sat on your bench? Either way, fantasy managers have a tough decision facing them. And if Vrabel plays poker with the Cowboys, the choice will come down to each fantasy manager individually.